Recently, game of 2048 is all the rage. Addict also seems to be one after another, their also or was one that. I think voice will not make the 2048 quite so large, would like to introduce how to make 2048 today. I found a way able to produce 2048 high probability, please try to capture all means everyone.

The point of this game, because the movement becomes impossible to take the rest of the mass is low and a large number can come, it is important at making less as large as possible number.

Han to make this arrangement?

A 1024 will be placed in the corner as much as possible. Since it impossible to use one square Failure to do so, it becomes hard to move.

If you leave the fixed one line below, you can move to the left and right three lines on remains fixed at the right end 1024. Same number becomes next to each other on stage at the bottom occasionally, by moving to the right always and when they are, they care 1024 to prevent displacement from the corner.

When you made a 1024, create a 512 (left side in this case) next. In the bottom row, 1024 is always positioned at the right end, the numbers will be in the line up to the left in descending order from the right.

If you choose the 'Keep going', you may want to challenge the 4096 addition. 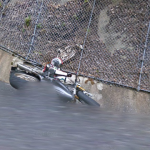 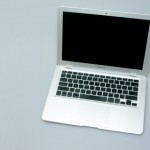